Halfway around the world in the tiny tropical Philippine barrio of Navitas on the island of Panay live about 150 elderly poor who have an angel looking out for them in North Branch, Minn.  Her name is Luz Pedersen. 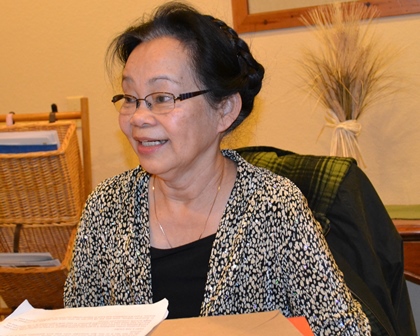 Luz, a housekeeper at Ecumen North Branch, saves her money to fund a dream for the elderly of Navitas.  Last year she saved $4,000 that she sent there to help build a senior citizen community center.  Since she started this personal mission in 2005, she has sent about $20,000.

Luz grew up in Navitas.  Like many Filipinos, she left her native country to come to United States for more opportunity. Many years later, when she came home to visit, what she saw broke her heart.  “It was stark, dry and desolate, and everybody seemed hungry,” Luz recalls.

“Once the kids get out of school, they leave,” Luz says. “There is nobody there to take care of the elderly.  They have to fend for themselves.  They are isolated. There are no health care services. The closest hospital is about 10 miles on dirt roads.”

She could not get this picture out of her mind and kept feeling “a strong pull on my heart.”

“God put a burden in my heart for the elderly,” says Luz, who is deeply religious.  She was inspired to take action. For more than 10 years now, she has been on this dedicated personal mission to look out for her native village.

Luz is not sure when the senior center will be completed.  The open-air building is going up slowly on the land that she bought.  She does not actively solicit for her cause, accepting only what she calls “free will donations.”  Her church in Cambridge, Minn., has helped along the way, but her housekeeping income is by far the main source of funding. 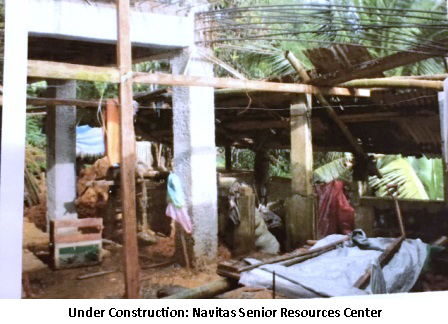 When Luz was growing up in Navitas, the community was thriving and prosperous.  She thought she was rich.  Her father, a farmer and carpenter, was a community leader and her home was a gathering place for the village.  Food was plentiful and people were happy, working the fertile fields and fishing the big river.

Luz’s mother had died when she was very young and her father was the center of her world.  “Papa was my inspiration,” she says. She had watched him guide and help the community with wisdom and generosity. He died when she was in college in Manila, and “my world fell apart.”   She dropped out of college and worked a while in a flower shop before coming to the United States — first moving to Wisconsin in 1986 where she met and married her husband.

In 1997 she started working at Ecumen North Branch, then known as Greenacres, first in laundry and then in housekeeping. The administrator saw how well she worked with the residents and sent her to training to become a Certified Nursing Assistant (CNA).  She kept her housekeeping job, working weekends, and doubled up working as a CNA.  But her small stature made that job difficult, so she went back to full-time housekeeping.

“I love my residents here at work,” Luz says, just as she loves the residents of Navitas.

As part of her mission of “Reclaiming Navitas” she conducts workshops there to inspire the people and help them both physically and spiritually.  She writes her talks in longhand in spiral notebooks.  “I talk to them about my life journey,” she says.

In one of her talks, she says there are three words to best describe the Navitas where she grew up: “Industrious.  Generous.  Prosperous.”  And then she adds: “That is the Navitas I wish to see again.”

Her older brother still lives there and her nieces help run the developing activity center programs.  Luz says it’s going to take a while for the building to be complete, depending on how long it takes to fund it.  But she has faith. 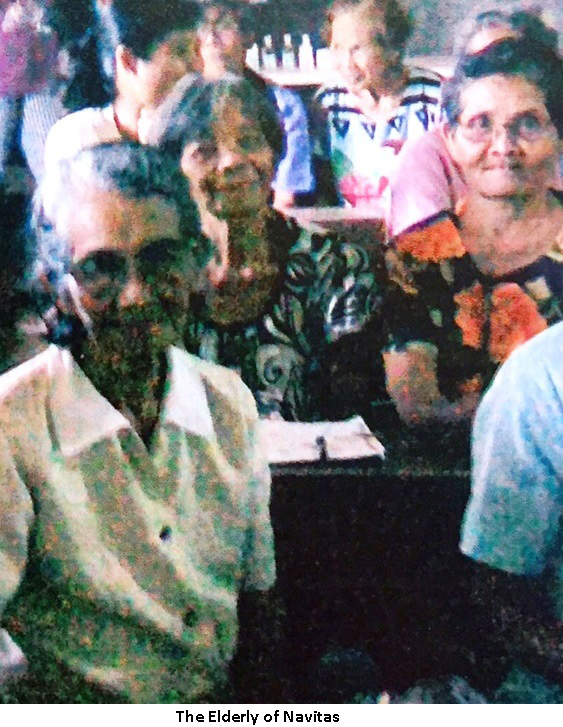