Uncovering the Truth about Alzheimer’s

June is Alzheimer’s and Brain Awareness Month, and the Alzheimer’s Association is conducting a national campaign to reveal truths and debunk myths about the disease.

While it is common knowledge that Alzheimer’s disease robs people of their ability to remember, other truths about the disease are less well known. For instance, many people are unaware that Alzheimer’s is a fatal disease, its symptoms extend further than memory loss and that early diagnosis matters. 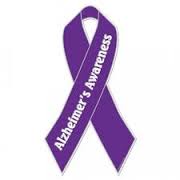 “Everyone who has a brain is at risk of developing Alzheimer’s. Misunderstanding crucial facts about the disease can have devastating consequences for people living with Alzheimer’s and their caregivers, families and friends,” said Ruth Drew, Director of Family and Information Services, Alzheimer’s Association. “During Alzheimer’s & Brain Awareness Month, we are debunking the harmful misconceptions that keep people from seeking an Alzheimer’s diagnosis and reduce access to needed resources, clinical trials and support services.”

Greater understanding is urgently needed given the dramatic impact of the disease. Alzheimer's disease is the sixth-leading cause of death in the United States and the only cause of death among the top 10 that cannot be prevented, cured or even slowed.

To improve the public’s understanding of the disease and to underscore the need for swift action, the Alzheimer’s Association is highlighting essential truths aimed at curbing common misconceptions about Alzheimer’s. These truths include:

The Alzheimer’s Association works with caregivers to enhance care and support for all those affected by Alzheimer’s and other dementias. Comprehensive online resources and information are available through the Association’s website at alz.org and the 24/7 Helpline at 800-272-3900. The Association provides assistance to more than 310,000 callers each year, offering translation services in more than 200 languages.