It’s been almost 75 years since Ensign Katherine Schuller was a U.S. Navy nurse caring for wounded sailors, but her memories remain vivid. “They were just boys,” she recalls. “A big population of hurt boys. And we nurses were just kids too. We called them boys, and they called us girls.”

She pauses. “I guess they were men when they came back.” 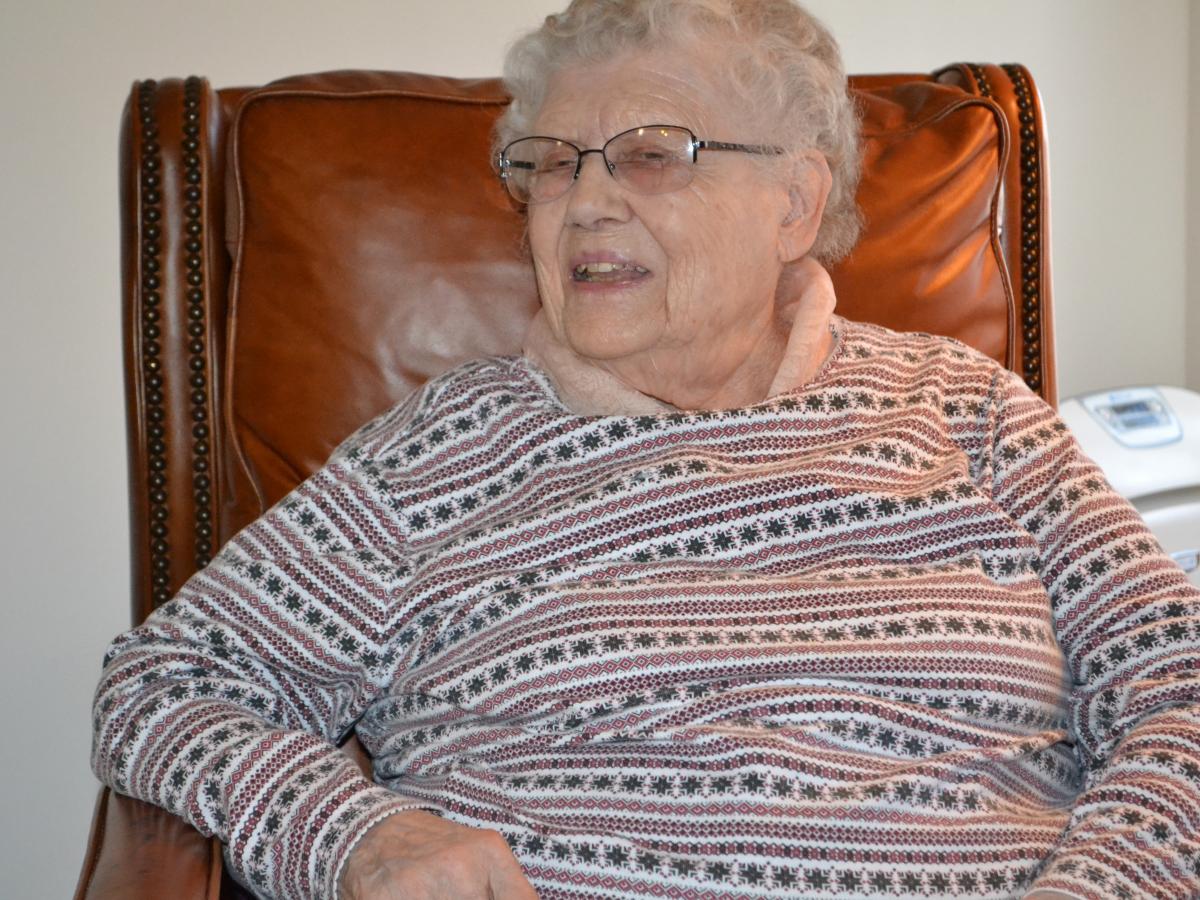 Katherine was only 18 when she received her Registered Nurse certification in Saint Paul, Minn., and enlisted in the Navy. That was 1944 and wounded soldiers were pouring into the Great Lakes Naval Hospital near Chicago, where she was stationed. The things she saw stay with her— especially the burn victims.

“I remember the burned boys, hit by kamikaze attacks,” Katherine says. “They were burned so bad. Their girlfriends would come and take one look and then didn’t want anything to do with them.”

Today Katherine, 94, is a resident at Ecumen Lakeshore in Duluth.  “I love it here,” she says. “I love the people.” She is one of more than 30 veterans who live here, but the only woman vet.

As she talks about her time in the Navy, her best memories are about the deep camaraderie.  “These were the finest people I ever met,” she says, smiling. “We supported each other. I can still hear some of them talking.”

While Katherine was at Great Lakes, she was staying in touch with her childhood sweetheart, “a fine gentleman” who was now a Marine stationed in Hawaii. John was a tall, fit Marine with exacting standards, who “was nice, polite, and soft-spoken — but he was no pussycat!”

He wrote her a letter suggesting maybe they should break up since they were so far away from each other.  That was not what she wanted and soon they married – which abruptly ended her Navy career. In those days, married women could not serve, so she was honorably discharged.

Katherine and John settled down in North Saint Paul, where she continued her nursing career and he worked at Northwest Airlines, as they raised their three boys.  Katherine worked at Bethesda Hospital, where she had trained and “witnessed the first penicillin shot in St. Paul.” She also worked at Mounds Park Hospital and as a private duty nurse. “I’ve done the whole gamut of nursing,” she says. When she retired in 1981, she volunteered with the American Red Cross.

When Katherine reminisces about her wartime service, it stirs deep emotional memories that she can’t help but transfer to the present day. “I think about those veterans coming back now, and how horrible it must be. It’s so hard to see how they are treated when they come home now.”

Ecumen salutes Katherine and all veterans, who have sacrificed so much for our freedom and our country. We sincerely thank you for your service.