Kim Lear, a Minneapolis-based strategist and researcher in generational theory, last week gave a group of Ecumen leaders some insight on how to “view the world through the eyes of a different generation.”  The session was part of Ecumen’s Velocity Leadership Development Program. 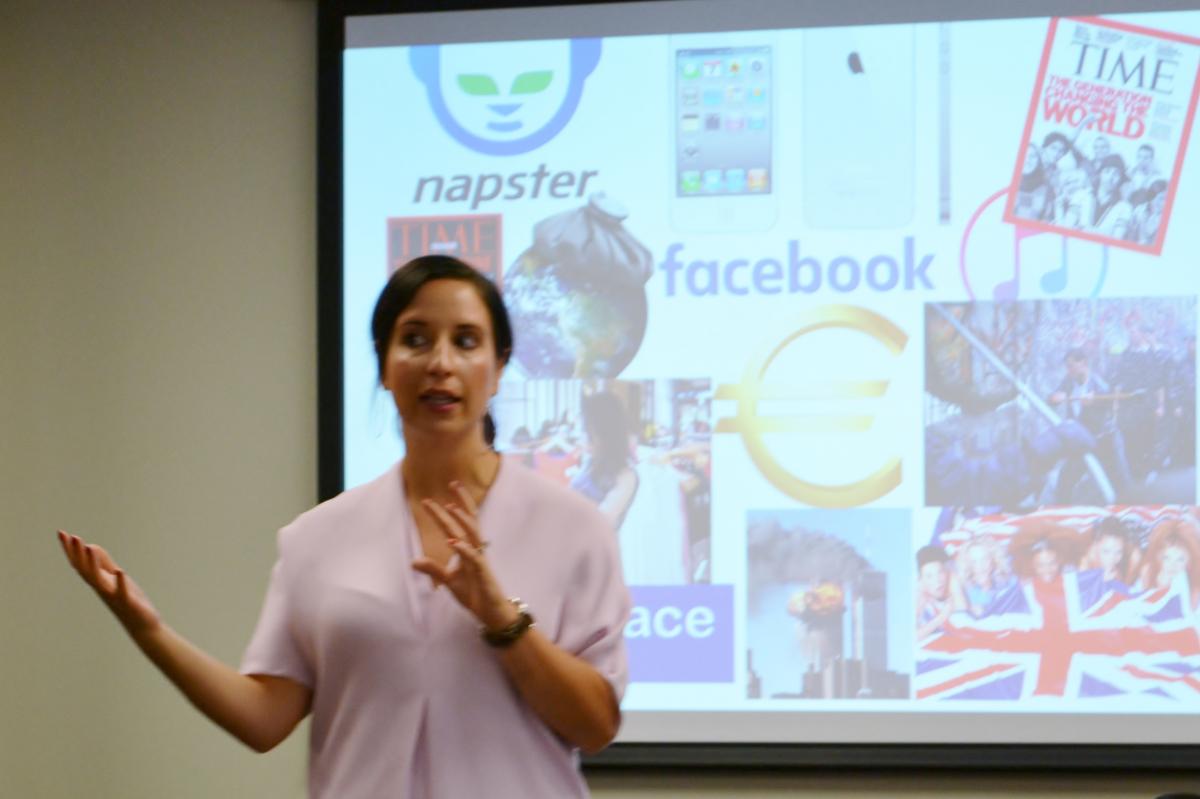 “It’s not about right and wrong,” said Lear, whose company is called Inlay Insights. “Every generation has different perceptions and strengths,” she said.  And every generation is profoundly influenced by the major events going on during its formative teenage years.

With four generations now active in the workplace, Lear said it’s critical for leaders to understand what motivates each one and how to help the generations meet in the middle to achieve company objectives.

“Our relationship to work is constantly evolving,” she said. “And we have constantly changing work ethics.”

Major influences on Baby Boomers (born 1946 to 1964) included Vietnam, the draft, Watergate and the civil rights and women’s movements. Boomers are idealistic, optimistic and questioning of authority, she said.  They set out to change institutions, and they were successful. “Throughout history, it’s rare for a generation to see the fruits of its labor,” Lear said. “But Baby Boomers fought the good fight and won.”

They also are highly competitive and have a strong work ethic, she said, mainly because there are so many of them (80 million) who had to compete aggressively for jobs and other resources. 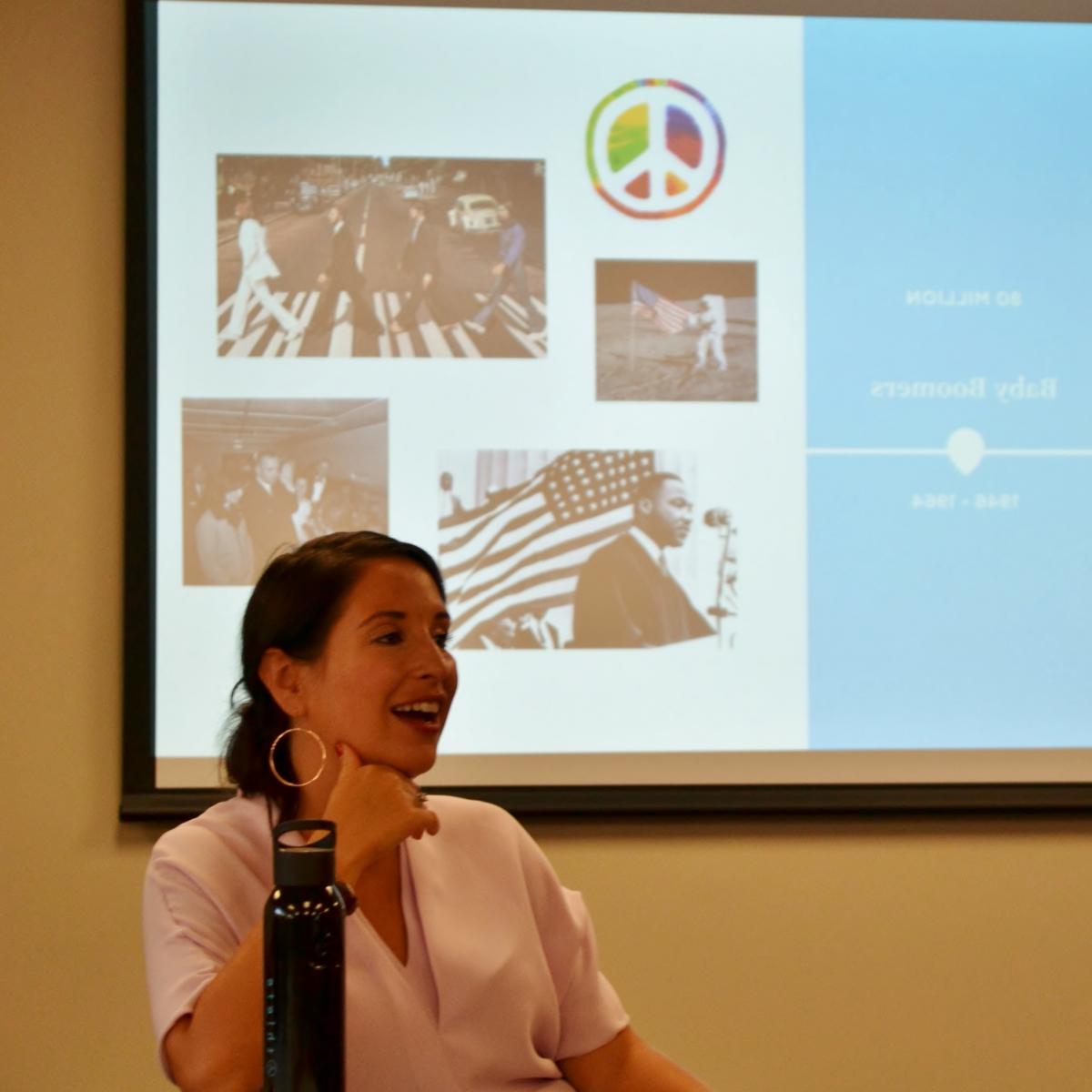 Now Boomers, true to form, are “raging against aging,” she said, and redefining the classic notion of retirement, which has major implications for senior care providers.

Generation X (born 1965 to 1979) were strongly influenced by 24-hour media like MTV and CNN, along with a rapid breakdown in the institution of marriage.  They were the “latch-key” kids who became fiercely independent, skeptical, honest and direct. They also rejected their parents’ overachieving dedication to career and sought more work-life balance.

Millennials (born 1980 to 1995) are a product of the self-esteem parenting movement of the 1980s, which gave them a sense of empowerment.  They have been strongly influenced by the internet going social and the rapid expansion of technology – and also by 911 and the rise of global terrorism and school violence.  They tend to be collaborative, community minded and in search of meaning, and they are using their technological tools and know-how to create significant social and economic change.

Because of their facility with social media, Lear said, “The best Millennial recruitment tool is the Millennials you already have.”

Gen Z (born between 1996 and 2012) are resourceful, independent, diverse and eclectic, she said. They are just starting to enter the workforce after growing up with the war on terror, increased global competition, and a keen health awareness.  They are the “Snapchat” generation with a realistic outlook. “Young people don’t think their relationship with technology is healthy,” Lear said.