Charles (Chuck) Hearn was a good soldier who took a few bullets over the years.  He was always comfortable on the battlefield — a place where he could feel connected to the memory of his relatives who fought in the Civil War. 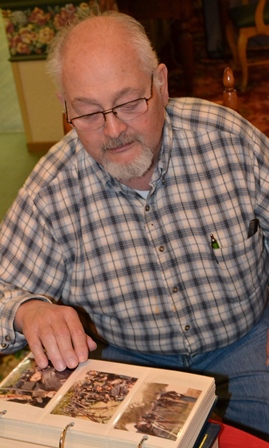 If you’ve watched any of the epic Civil War movies of the last 40 years, you might have seen Charles in the battle scenes.  He was in “Dances With Wolves,” “Glory” and the TV movies “North and South,” “The Blue and the Gray,” and “The Ordeal of Dr. Mudd.”  A strong sense of history drew him to his hobby of Civil War reenactments as a member of the First Minnesota Volunteer Infantry reenactment group.

Now, at his home at Ecumen Centennial House in Apple Valley, Charles has thick photo albums of his years working on movie sets with famous actors such as Kevin Costner, Dennis Weaver and Patrick Swayze.  He can talk at length about how the sets were designed and how the battles were choreographed, flipping through years and years of pictures.  He is a stickler for detail and proud that his unit went to great lengths to make sure their uniforms and gear were authentic. 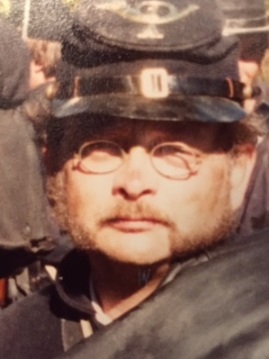 That commitment to authenticity put them in high demand for Civil War movies back in the 1980s.  Charles, who worked as truck driver, would spend his vacations on movies sets in South Dakota, Georgia and Louisiana.  And on weekends, he worked as a gate guard at Fort Snelling in Minneapolis.

Charles actual military experience was not as exciting.  He volunteered for the U.S. Army in 1954, the year he graduated from Washburn High School in Minneapolis, and was sent to Korea.  By this time, the Korean War was over and his active duty was fairly mundane, which was fine with him.  “I’d hate getting shot at for real.”

Charles gave up his reenactment hobby a few years ago, but his memories are lasting. “I enjoyed this tremendously,” he says. 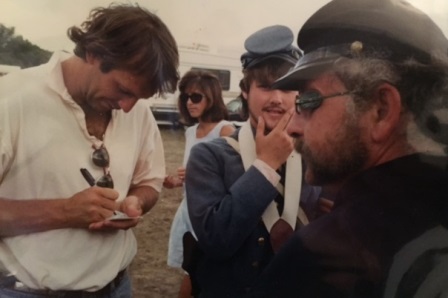 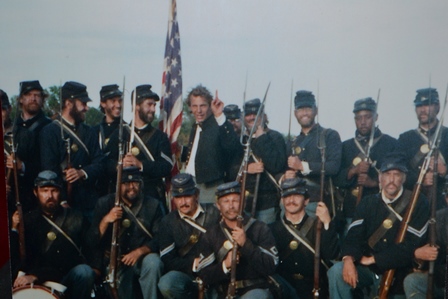