Dr. John Brose on Dementia Care: It Doesn’t Have To Be This Way

The doors closed with a sad finality, and the moment froze in time for a young psychologist who just happened to observe the heartbreaking scene. Now, more than 30 years later, it remains imprinted in his mind as one of the seminal moments of his career. 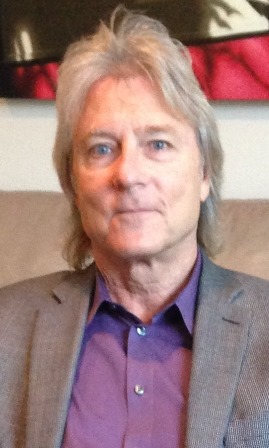 “I had this deep reaction, this feeling I was watching history being made,” Dr. John Brose recalls, still emotional about that day.  “This family was drawing a line in the sand. The dad was wailing, and the nurse was yelling, “Call the doctor!”  And I was thinking what a huge sense of loss this guy was experiencing — the gut-wrenching emotion. This profound sense of loss just swept over me. I suddenly understood what it’s like to lose everyone and everything. There was so much loss on both sides of that elevator door.  I still see their faces.  I kept thinking: it doesn’t have to be this way.”

It doesn’t have to be this way is the mantra that would come to define Dr. Brose’s career as a behavioral psychologist, nationally renowned as a pioneer in speaking up for people who have lost the ability to speak for themselves.  Today, Dr. Brose, who works as an on-call consultant to Ecumen’s nursing staff, frequently lectures around the country on enlightened approaches to managing difficult behavior among the elderly.

Back in the early 1980s, Dr. Brose had decided to devote his practice to the elderly and disabled with the then-unusual approach of going to them rather than have them brought to him — one of the first practices in the country to do this.  He had quickly become frustrated with the common practice of having patients wheeled into his office from nursing homes with little sheets of paper pinned to them that said things like “stable” or “aggressive.”  It doesn’t have to be this way, he decided.

Back then, to go into a nursing home, he had to have a physician’s order, and that was in the days when physicians had little understanding of what behavioral psychology could do to help a patient.  Those were the days when all beds had rails, when most everyone was strapped down with mechanical restraints and hooked to alarms, when the use of highly sedating psychotropic drugs was routine.

“Why do you do this?” Dr. Brose kept asking.  The answer was usually something like: “If they fall, we are in big trouble.”

It doesn’t have to be this way.  He was certain of that and set out to prove it.

These were the very early days of putting behavioral therapy to practical use.  The medical profession had pigeonholed psychologists as “talk therapists” and many didn’t see the value of talk in dealing with the elderly.  But Dr. Brose was a different kind of therapist.  He had trained as a behaviorist — a psychologist who carefully analyzes situations, sorts out the root causes of troubling behaviors and prescribes plans for interventions that aim to change or manage the behavior.

A behaviorist looks at the whole system and everyone involved.  If a resident with dementia is acting up, the typical response is: “What’s wrong with this guy?”  But the behaviorist asks a very different question: “What’s making this guy behave in this way?”

Could it be something the staff is doing or not doing?  Could it be a medical problem that is causing great discomfort, like a urinary tract infection?  Could it be something irritating about the environment, like the room is too hot? A person with dementia often can’t tell you what’s wrong and will act out in unusual ways to make a point. A good analyst can figure it out what they are trying to say.

“I’m a person who’s good at connecting the dots,” Dr. Brose says.  In nursing homes in the 1980s, there were plenty of dots that needed to be connected, and Dr. Brose’s practice began to flourish.  He spent a lot of uncompensated time just helping staff grasp the then-foreign concept that a nursing home was in fact a resident’s home.

“Back then, TVs were turned off at 9 at night, and everybody was forced to get up early in the morning,” Dr. Brose recalls.  A light bulb came on for him, and he connected the dots from his days working with adolescents.

“I realized the staff at nursing homes were the parents, and the residents were the rebellious adolescent children. The staff were barriers to what the residents wanted,” Dr. Brose says.  “Here were people who had lived 60, 70 or 80 years on their own and all of a sudden they’re in this place full of rules with different ‘parents’ giving all sorts of mixed messages.”

It didn’t have to be this way.  Dr. Brose’s approach was to help staff develop a can-do attitude.  He would teach about the basics of human behavior — that anytime you put two or more people together, you can expect problems and your role is to manage those problems — without imprisoning people. He would help them find creative solutions.

“Look at that building,” Dr. Brose says staring at a condominium outside his office window on Lake Calhoun in Minneapolis.  “How many people in that building do you think had an argument last night?  How many people do you think got drunk?  Do you think maybe there was an incident of domestic violence there in, say, the last month?  That kind of stuff happens everywhere, every day.  Why would we think that when older people move into assisted living or a nursing home that the ordinary aspects of human behavior are not going to happen?”

Anytime you put people together, Dr. Brose says, you have some form of cultural diversity.  One person thinks it’s too hot.  Another thinks it’s too cold.  They fight about the thermostat setting.  And that’s normal human behavior.

The best we can hope for is to manage, rather than “fix,” behavior, Dr. Brose says.  “If someone has diabetes and we give him a drug, we don’t say: ‘Dammit, he still has diabetes!’” But when dealing with behavioral issues, we have the unreasonable expectation that success is getting the behavior to go away.

Often the solution is to redirect the behavior, creatively turning something negative into something positive.  Dr. Brose gives the example of an elderly man at a nursing home who was constantly making crude comments about parts of the female staff’s anatomy, and taking great joy in the process.  Dr. Brose noticed that despite the fact that the comments were inappropriate, they were accurate.

“This guy was a very keen observer,” Dr. Brose says.  “He was not making random comments. He was calling it like he saw it, without filters.  And he was not shy.  They thought I was nuts when I recommended we make him the official greeter.  We gave him an ‘official- greeter hat’ and put him by the front door.  He did an amazing job and stopped annoying the staff.”

Today, Dr. Brose spends much of his time running the now-large practice he started in 1980 with Dr. Charles Evans, who is retired. Dr. Brose is the sole owner and CEO of Associated Clinic of Psychology, which has five metro locations, 140 clinicians and 40 administrative staff.

He spends much of his time lecturing around the country on mental health issues of older adults, including to physician groups.  And now, in stark contrast to the 1980s, he routinely makes bedside rounds with physicians in nursing homes.  “This is the best of all possible worlds for the patient,” Dr. Brose says.  “I do mind and the physicians do body. We both do what we’re trained to do.”

Dr. Brose was an early opponent of using psychotropic drugs to quiet difficult behaviors in nursing homes and often challenged this approach, well before the Centers for Medicare and Medicaid Services (CMS) cracked down on the practice.  “I’m not anti-medication,” he says, “but I am anti-inappropriate medication.”

This view extends to the rest of his practice, where he sees clients all the time who think they need medications.  “If you walk through the Mall of America and ask people the main treatment for depression, they will say medication,” Dr. Brose says. “That’s because they watch TV, where there is a medication for everybody and every symptom. And I say to them, why don’t you start out by eating better, getting more sleep and leading a balanced life?”

In his own life, that’s what Dr. Brose strives for.  “I work hard, and I play hard,” he says.  He plays rhythm guitar in the Emily Marrs Band, which he started.  He has always had a deep love of classic rock music but didn’t become a musician until his 50th birthday, when his wife gave him a guitar.  He has been talking lessons ever since, jumping from therapy sessions and the lecture circuit to moonlight as an aspiring rock star at bars and private events.  He also loves sailboat racing and horses.

Despite the enormous positive change Dr. Brose has seen in the care of the elderly and disabled since he started practicing, he is far from satisfied with the current state.

“The challenge now,” he says, “is how to make the care environment more vibrant.  There is a lot of talk about changing the culture of care, but I think cultural change has been minimal. We’re lacking vision.”

What does he mean?  Think about when you go to Children’s Hospital, he says.  The whole environment is created to serve from a child’s point of view.  The chairs are small, and the heads of stethoscopes are shaped like teddy bears, playrooms beckon. Everything is child-friendly, structured to engage, create fun and reduce stress.  This is so blatantly a place for children.

Dr. Brose looks out his window.  He’s thinking about that.