Dr. Dale Anderson, aka Dr. Happy, is on a mission to help people become more ageless.  His prescription is simple: “Learn how to act happy for the health of it.” 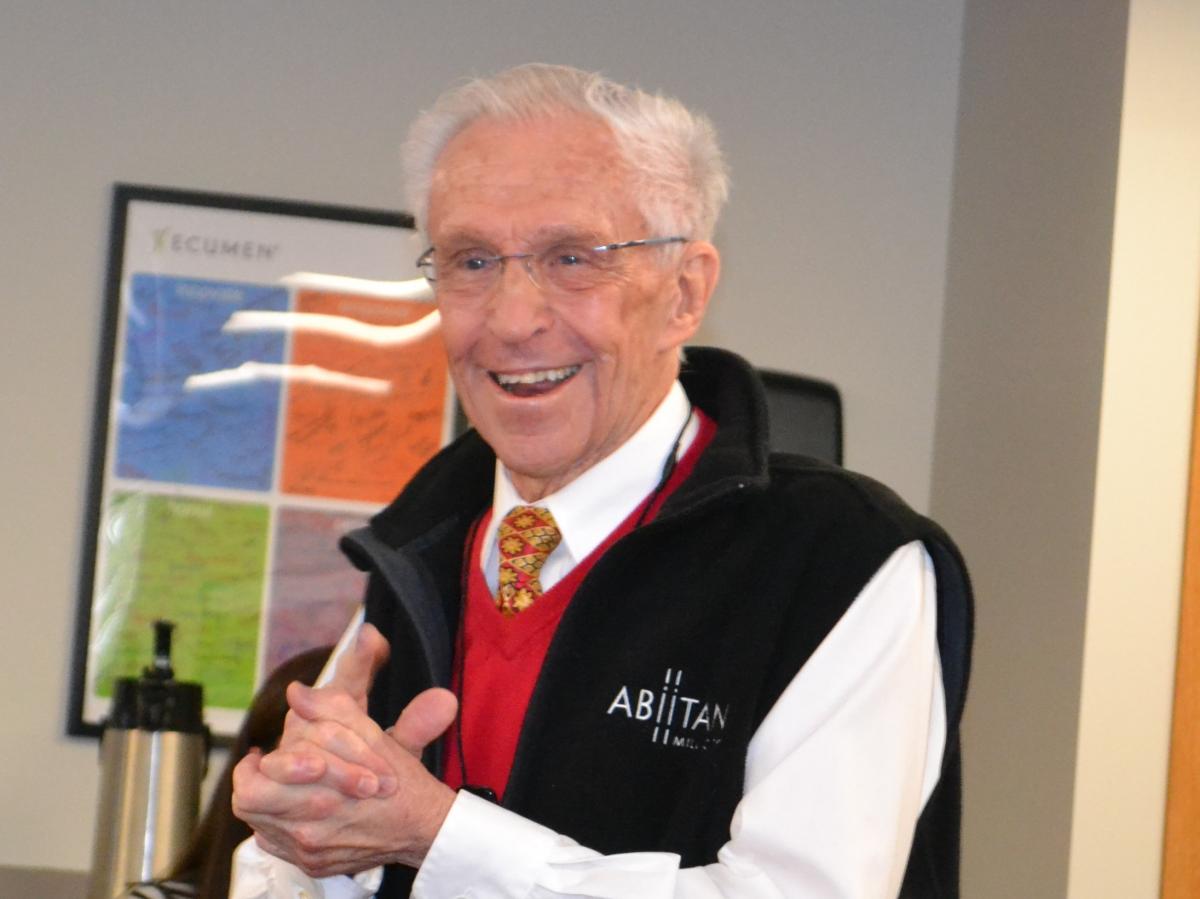 The key word is act.  Dr. Anderson’s approach literally is based on the theory of method acting.  Just like an actor, you need to get into the role of being happy.  Play the part of a happy character, and you will become happy.

Dr. Anderson has a long string of impeccable credentials in surgery, emergency medicine and, later in his 50-year career, holistic medicine.  Now at 85 he has combined all that experience into a non-invasive therapeutic approach to help people live healthier, happier lives well into old age. He is a sought-after speaker who delights in teaching people how not to act their age.

Simplified, here is his advice:

–Your body has an inner pharmacy that is open 24 hours a day (with no copays).

–You can influence which drugs your body produces at any given time.

–If you want to be happy, act happy.  Your body will dispense happy drugs.

“It’s amazing what people can do with their chemistry,” says Dr. Anderson. “Happy people have a different chemistry. Not only do we feel it, but we can show it to you on functional MRIs.”

Dr. Anderson, who now lives at Ecumen’s Abiitan Mill City in downtown Minneapolis, paid a visit to the Ecumen Home Office the other day and quickly moved his audience of Ecumen employees to a happy place, teaching them how to act their way to better health.

He described his own journey from bad health to good. When he was in medical school in his 20s, he had a comprehensive physical and received a doom-and-gloom prognosis.  His cholesterol was over 500 and doctors told him he would likely die in his 40s. “I had some really bad genes, and I was a mess,” Dr. Anderson said.

After another doctor assured him his genes were not his destiny, he got to work changing his lifestyle and prolonging his life.  “But I had to change my destiny,” he said. “I had to change my act. I could no longer eat like a farmer.” He changed his high sugar, high carbohydrate, high fat diet, which causes inflammation and disease.

Meanwhile, he was treating patients who were actors, and he noticed that their mindsets played a major role in their health. That prompted him to start studying the techniques of method acting where “you have to be in the chemistry of your part.”

“We are all actors, and everything we do is an act,” he says.  We can act young, or we can act old. He encourages seniors to “play a younger part” with posture that is “up, out and forward rather than down, in, and backwards.”

As he talks, Dr. Anderson illustrates the body language of young and old, visibly proving his points. He asks the Ecumen audience to help him start a “happydemic” in senior care.

Dr. Anderson, doing chair squats and standing on one foot as he speaks, fully acknowledges that aging brings physical limitations. But everyone, regardless of age, can do lots of little things to improve strength, stamina, balance and mood – like doing isometric exercises while sitting around, using aromas and colors to stimulate the senses and finding inspirational projects. Or getting a dog.

“There are lots of little tricks,” he says offering this equation:

“Life’s a great balancing act,” Dr. Anderson says, acknowledging that what his mother always told him was exactly right.  “Put a smile on your face and you’ll feel better all day.”